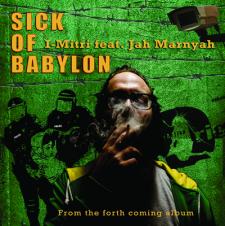 Gladys Right’s brand new debut album available today!
8 vocals and 8 dubs with some serious lyrics and delivery and a lot of experimentation on the mixing board..
family works!
A dream come true!
Introducing to the world #GladysRight 🔥